recreating the past / SFPC summer 2020

“My computer program is like a piano. I could continue to use it creatively all my life.”

“To get emotionally involved creatively at the computer, is not easy.” — John Whitney, Experiments in Motion Graphics (1968)

“The film contains various types of dot patterns which might be compared to the alphabet. The patterns are constructed into “words,” each having basically a two hundred-frame or eight-second time duration. These words in turn can be fitted contextually into “sentence” structures. My use of the parallel to language is only partially descriptive; I am moved to draw parallels with music. The very next term I wish to use is “counterpoint.” These patterns are graphically superimposed over themselves forward and backward in many ways, and the parallel now is more with counterpoint, or at least polyphonic musical phenomena. Should it be called “polygraphic phenomena”? — John Whitney RE: Permutations

The analog computer Whitney used to create his most famous animations was built in the late 1950s by converting the mechanism of a World War II M-5 antiaircraft gun director.[1] Later, Whitney would augment the mechanism with an M-7 mechanism, creating a twelve-foot-high machine.

Most of the work completed at Motion Graphics was created with a “mechanical analog computer for specialized animation with typography and concrete design” (Youngblood, 1970) that Whitney himself invented. After 10 years of commercial work, John Whitney would again have control over his own artistic experimentation (Youngblood, 1970). His work with the analog computer gave Whitney worldwide recognition, and one that did not fail to gain the attention of the International Business Machines company. In 1966, IBM awarded John Whitney its first “artist in residence” status to “explore the aesthetic potentials of computer graphics” (Youngblood, 1970). Born in Altadena, CA. When war broke out in Europe in September 1939, 17-year-old James Whitney was in England studying painting, while his 22-year-old brother John Whitney was in Paris studying new music with Rene Leibowitz. They came back to their hometown, Los Angeles, which turned out to be a lively intellectual center at the time due to the influx of European refugees, ranging from Man Ray to Arnold Schoenberg (Leibowitz’s teacher). Picasso’s Guernica was on display at the Stendhal Gallery, and a few weeks later Oskar Fischinger had a show of his abstract paintings and a screening of one of his films there. The Whitney brothers were excited by the technical brilliance of Fischinger’s films, but somewhat disturbed by his use of symphonic music, which seemed old-fashioned to them. John constructed an animation stand and other equipment in the apartment they shared in Pasadena. James designed geometric shapes on small index cards and created positive and negative stencils that could be painted or air-brushed onto the cards. They intended these modular elements to function like tones in Schoenberg’s musical theories, and submitted them to musical permutations (such as inversions, counterpoints, chord clustering and retrogressions). John worked on inventing a mechanism to create sound, while James continued to make visual Variations, through hundreds of hours of hand animation. This work culminated in the 1942 Variations on a Circle, a film that achieves a truly musical beauty, ranging from dynamic flickers of contrasting colors to sinuous movements cutting through circular shapes. The brothers never actually collaborated on a given film. In fact they hardly saw each other, since John worked a night shift in an aircraft factory, and James worked a day shift at the California Institute of Technology (or Cal Tech) drawing fine details of machine parts that were being invented there – work he was assigned to do as a conscientious objector to the war. By 1942, John had developed a system of pendulums that could be carefully calibrated to swing at a certain frequency. Attached to the top, a variable slit exposed the precise vibration equivalent directly onto the soundtrack area of a film strip, thus creating music directly without instruments. This pioneer electronic music could produce pure tones, gliding chromatic glissandos and reverberating pulsations unknown to ordinary musical instruments. John also constructed an optical printer and an animation stand that allowed them to film the pure direct light shining through openings in stencils rather than the reflected light from drawings. John made two films with this system, Film Exercise No. 1 and Film Exercise No. 5, while James made Film Exercise No. 2 and 3 and the masterpiece Film Exercise No. 4, which during eight minutes develops not only a powerful visual sonata of violent fluctuations, glaring neon colors and cool nocturnal blues, but also a haunting musical composition that reflects the terrors of war. James took the Film Exercises to New York, where they were screened at the Guggenheim Museum. But during the screening the Baroness Hilla von Rebay screamed for the sound to be turned off, assuming that the projector was simply malfunctioning. Despite this setback, the Film Exercises went on to receive the prize for best sound a few years later at the Brussels Experimental Film Festival. At the end of the war, James was devastated to discover that at his Cal Tech job he had been drawing plans related to the atomic bomb project. He withdrew from filmmaking for several years while he came to terms with his feelings of guilt and responsibility. 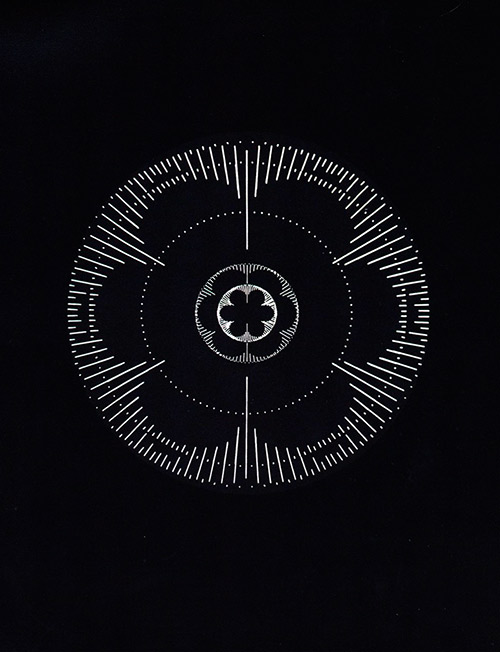 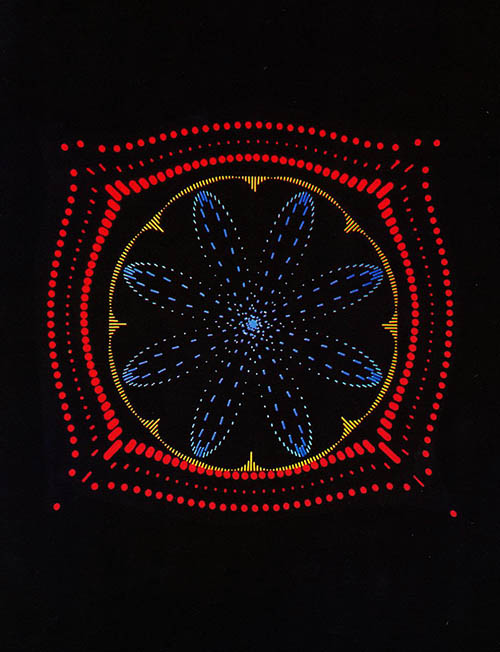 A second interview from the same issue of Film Comment, 1970

^ Exhibition review of Whitney Sr. and Jr. at the Whitney Museum in 1971

^ Essay related to Programmed show at the Whitney Museum in 2018